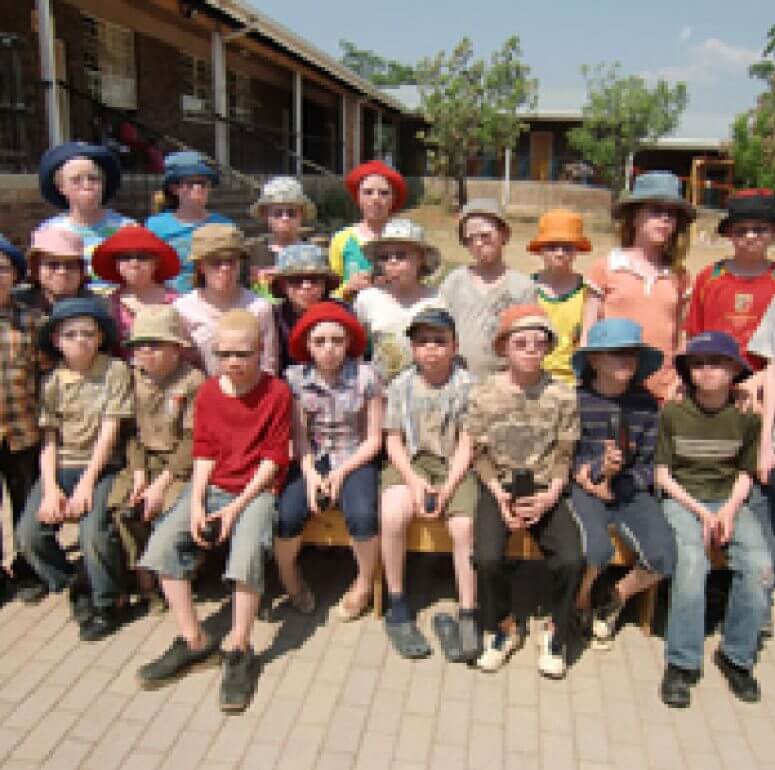 The 2010 World Cup has come and gone in a flurry of pride and heart-aching disappointment. The nation pulled together behind our boys in boots and the country just about came to a standstill on Bafana’s match days. But, for a small group of people, those with albinism the event went by unmarked. These people, without exception, suffer from poor eyesight and blinding sensitivity to bright light, making it impossible for those who did not have spectacles and sunnies to watch the action on TV or attend live matches. We at Lathi Tha’ Eyecare decided that this is unacceptable.

In April, I had visited the headquarters of Transitions lenses in the USA, and it dawned on me then that these light to dark lenses offer a perfect solution for children with albinism. After explaining the situation in SA, where thousands of young children live impaired lives, playing together in the dark and being deprived of a normal education as they are most often put into schools for blind children, Transitions agreed that action is necessary.

Next, we found a school in Polokwane Siloe Primary School that is attended by 35 preteens with albinism. Blindlingly bright and full of sunny smiles, these children faced a dark future due to an accident of nature – a simple lack of melanin, the pigment that gives people colour in their skins.

Struggling to get a frame supplier to buy into our vision, Transitions and Lathi Tha’ Eyecare agreed to cover this cost and our plan swung into action.

We bussed the kids to our consulting rooms and threw them a party of note. In retrospect, the sugar-high probably contributed more to the excitement than the prospect of receiving their Transitions glasses. But the day had a serious side to it. Each child’s eyecare needs was assessed and prescriptions were drawn up. At Lathi Tha’ Eyecare, we believe that patient education is as important as the prescription, and so we took the time to explain, in the language of seven and ten year olds, what we were doing and how the specs would help. We call this first world optometry – tell me how often you find a person taking prescription medicine without knowing the reason why!

Essilor, Transitions’ SA licensee, swung into action, manufacturing the lenses and shaping them to fit into the frames we had bought. And we started counting the days until we could deliver them, thus changing the lives of 35 little people for the better and forever.

And wow, was it worth the wait! Without us having to supply any sweets, the kids were out of their minds excited! And, on hearing that their lenses would tint in the sun and protect their eyes, there was a mad stampede into the playground … and more than one teary eye among the adults.

Lathi Tha’ Eyecare firmly believes that being involved in corporate social responsibility projects is about more than just being a ‘good’ corporate citizen. It is also about supporting initiatives in the communities that enable our businesses, and living our values.

And so our next step is seeing these kids being removed from the school for blind children and integrated into mainstream education. But beyond that, we have a massive task in front of us. Not only do we want to roll our programme out across and beyond the borders of Polokwane, we need to address the stigma that is attached to albinism.

In SA, albinos are ostracised simply because they look different. In a nation that is struggling to overcome a divide based on skin colour, these people are shunned because their skins have no colour. Even now in the 21st Century, in some sectors of our society, they are killed barbarically and their body parts used for “muti”. This has to change.

And hopefully by the time that Fifa 2014 rolls around, we will have made strides towards these goals. Watch this space.

With thanks to Richard Pearson from Transitions, Andrew Thurston from Essilor and Fabrizia Degli Esposti from Liquid Lingo Communications and most of all to the staff and children for believing in our vision and injecting us with their inner light – until next time.

View all posts by Lathi Tha →

Click one of our optometrists below to chat on WhatsApp or send us an email to info@lathitha.co.za 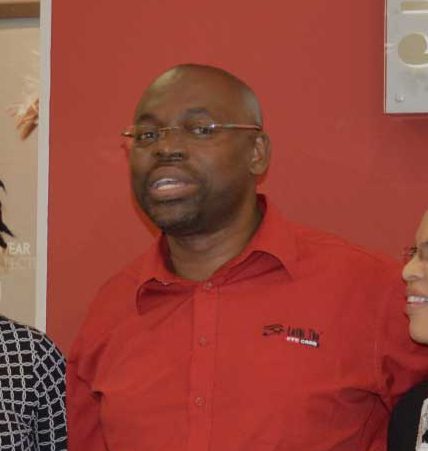 × Talk to a Optometrist now